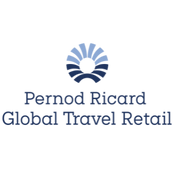 In 1975, Paul Ricard and Jean Hémard founded Pernod Ricard. The two partners set out to take on the world, with the ambitious goal of one day becoming the global leader in the sector. Pernod Ricard is now the world’s second-largest wine and spirits company and recently established its 85th direct affiliate, in Mozambique. Alexandre Ricard, Paul Ricard’s grandson and Chairman and Chief Executive Officer since February 2015, has reaffirmed the Group’s strategy. He has established two priorities to reach this goal: top line growth – which he calls “the mother of all battles” – and instilling a winning mindset in each of the company’s 18,500 employees. “My key goal isn’t change but acceleration.”, he told analysts and investors at Capital Market Day, on 2 June 2015. In an increasingly competitive environment, the Group has established a new model that places consumers at the center of its entire strategic approach. The model is based on the idea that consumers are no longer loyal to a single brand, but rather to a variety of brands, choosing one that matches each occasion. Faithful to their role as “Créateurs de Convivialité”, the people at Pernod Ricard aim to ensure that each of the company’s brands are present to enhance these convivial occasions. To support this new strategic model, Pernod Ricard has set out to reshape the fundamentals that underpin its success: a complete portfolio of Premium brands; a strategy based on Premiumization, growth and innovation; a unique corporate culture; and a decentralized organization. To bring this plan to fruition, four ‘Essentials’ – Operational Excellence, Talent Development, Sustainability & Responsibility and Route to market/Consumer – and four ‘Accelerators’ – Portfolio Management, Digital Acceleration, Innovation, Premiumization and Luxury – form the capstone of the model, which is applied to all the Group’s markets. The Travel Retail segment, which consists primarily of airport shops, remains strategic for the Group. Travel Retail is the largest retail market for prestige brands and remains a critical brand-building channel for Pernod Ricard. Prospects for growth are bright, with the number of passengers projected to double in the next 15 years to seven billion travelers. The Group has taken a number of outstanding actions in this area over the past few months. Pernod Ricard is the world leader in Travel Retail, with market share of nearly 40%. Travel Retail is Pernod Ricard’s third-largest market worldwide.